Whether via creative social media posts, by utilising the right social media channels, working backward from measurable outcomes, or just luck, many brands were able to encourage people to buy into their products and services over social media. Social platforms – powerful places to get in front of target audience members – even proved more effective than most traditional marketing techniques. When looking at these 10 social media campaigns of 2022, it’s obvious why!

What is a social media campaign? Great question! If you want your future campaigns to be social media campaigns, there is a bit of a process to follow. First, a business needs to determine the campaign goals of their marketing strategy. Second, you’ll need to get creative with your ideas. Following the creative process, you need to ask yourselves… is your next campaign going to be a Facebook live campaign or a Twitter campaign? Alternatively, are you going to run it off your Instagram account? Choose a platform. Then, create content that stands out and go!

10 of the most successful social media campaigns of 2022

There were some big winners in the past year. Without further ado, let’s take a look at 10 of the most successful social media campaigns of 2022.

Project #ShowUs by Dove sets out to redefine the way that old and young women are represented, and is one of those social media campaign examples that stands out for it’s moral and social value.

The project not only wanted to raise awareness of the lacking representation of women, but to also use Dove’s brand voice to make a difference. Being able to do so encouraged people to engage with their product and services, proving a very successful social media campaign.

The campaign built a series of 10,000+ stock images for advertisers and media to use that depict a more inclusive version of beauty. With 5000+ images already available to be used by media and marketing agencies with the same values, this great example highlights the ways a social media campaign can be awesome! 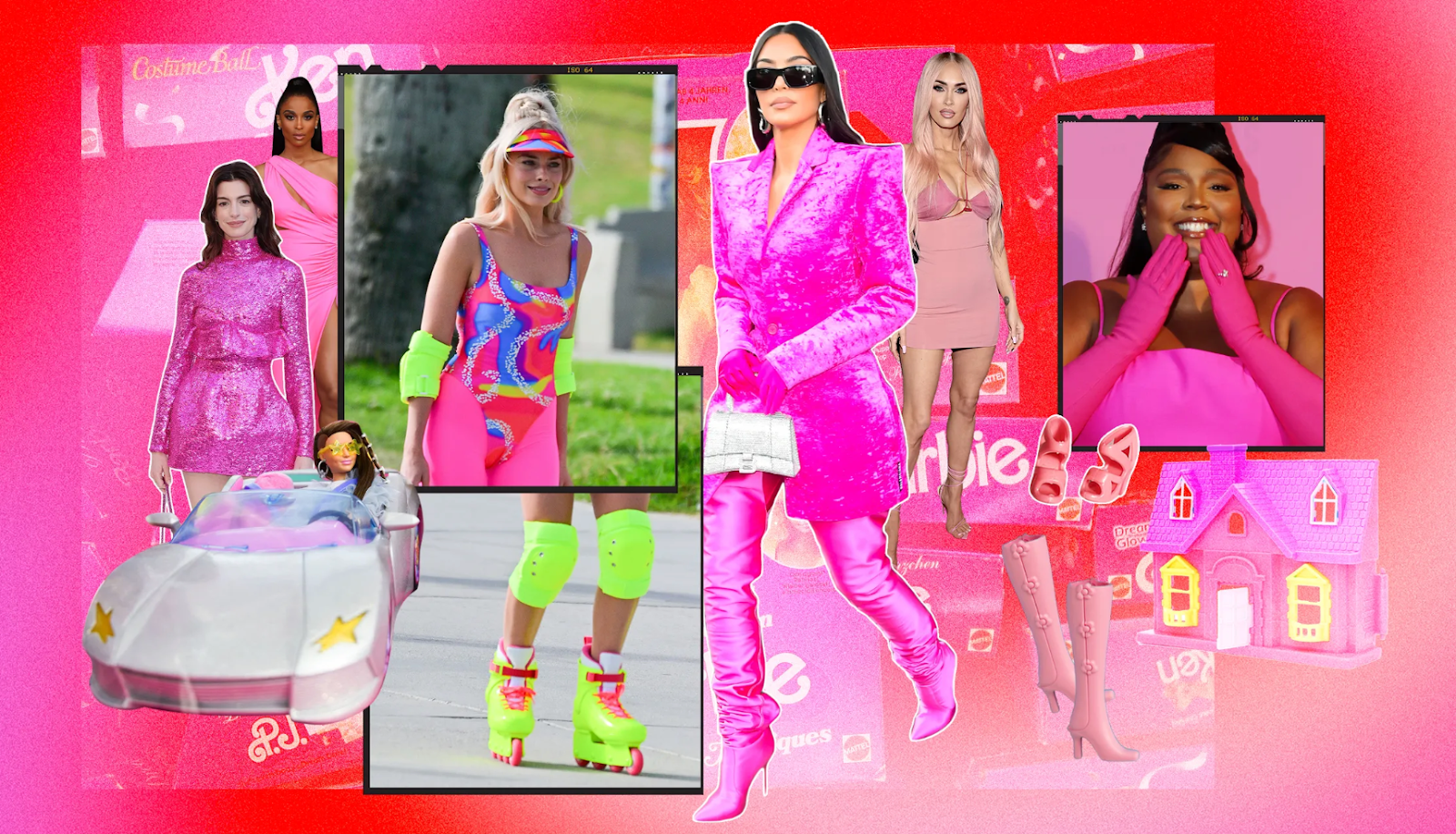 ‘Pretty and pink’ is in vogue, thanks to everyone’s favourite plastic icon being made into a movie, and high fashion is embracing #Barbiecore, as seen in the likes of Valentino and Jimmy Choo campaigns.

Sequins, tulle, glitter, high heels, and neon will continue to be all the rage on social media as the film is set to hit theatres in July 2023. While other campaigns were relying on creating innovative content from scratch, Apple decided to bank on user generated content as their driver. The company began social media advertising that depicted photos and videos shot on an IPhone but didn’t stop there on their mission to raise brand awareness. They encouraged their audience to share their own IPhone photos and video content in their social media feeds and by live streaming using the hashtag #shotoniphone. As one can imagine, it blew up.

A key takeaway from this social media campaign is that the social media marketing campaigns of any company can leverage the creative content creation of their audience. 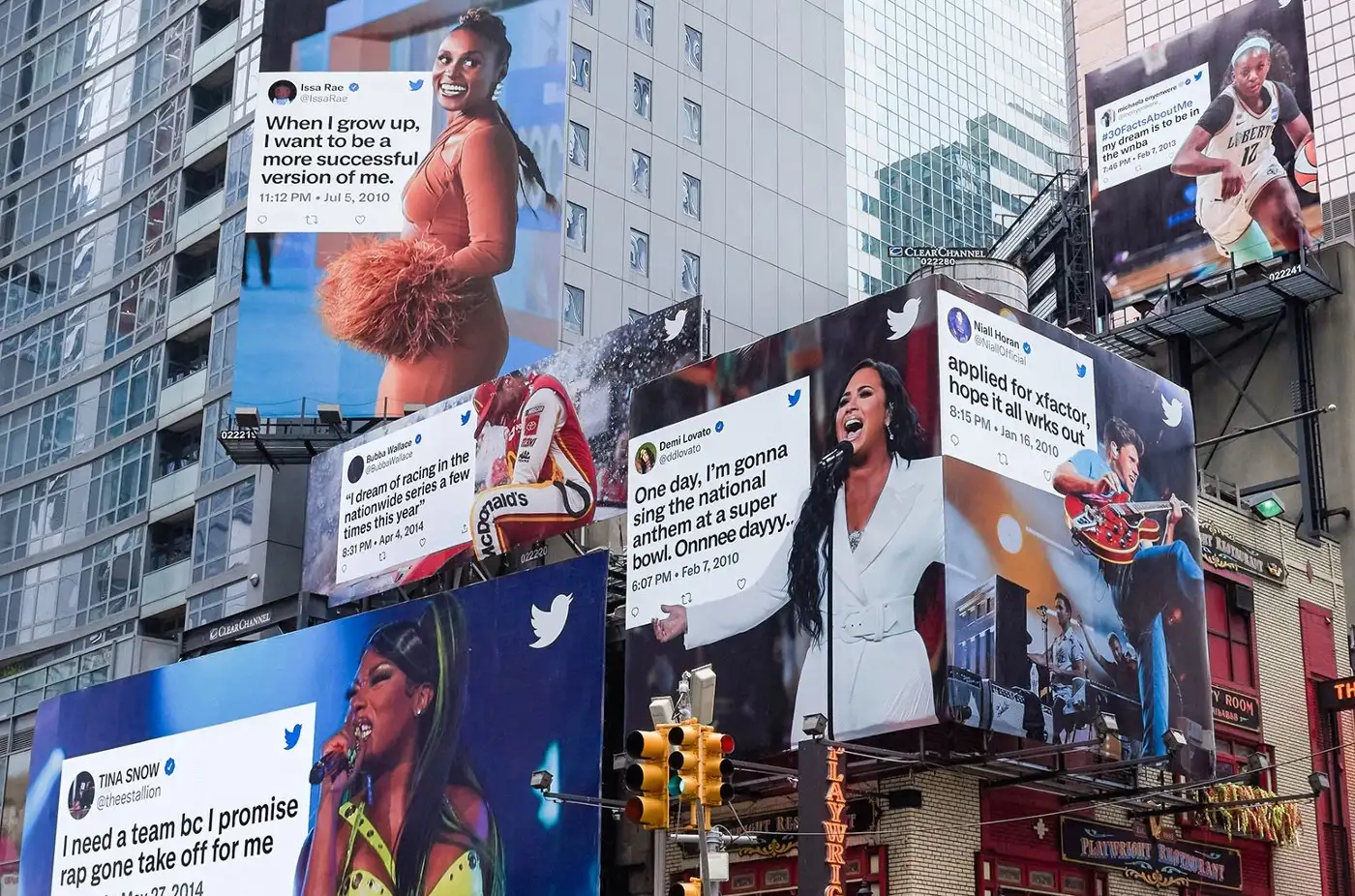 Big player Twitter came on the scene in 2022 with a powerful campaign.

The company collated a range of user generated content in the form of tweets shared by celebrities and other Twitter users. These tweets had contained the users life and career goals at the time. Over multiple channels, Twitter posted these tweets and alongside them highlighted where the celebrity or user had achieved the life or career goal they had shared.

This campaign was focused on increasing brand visibility by highlighting brand values, helping build a strong emotional connection with the users of the platform to drive user engagement. 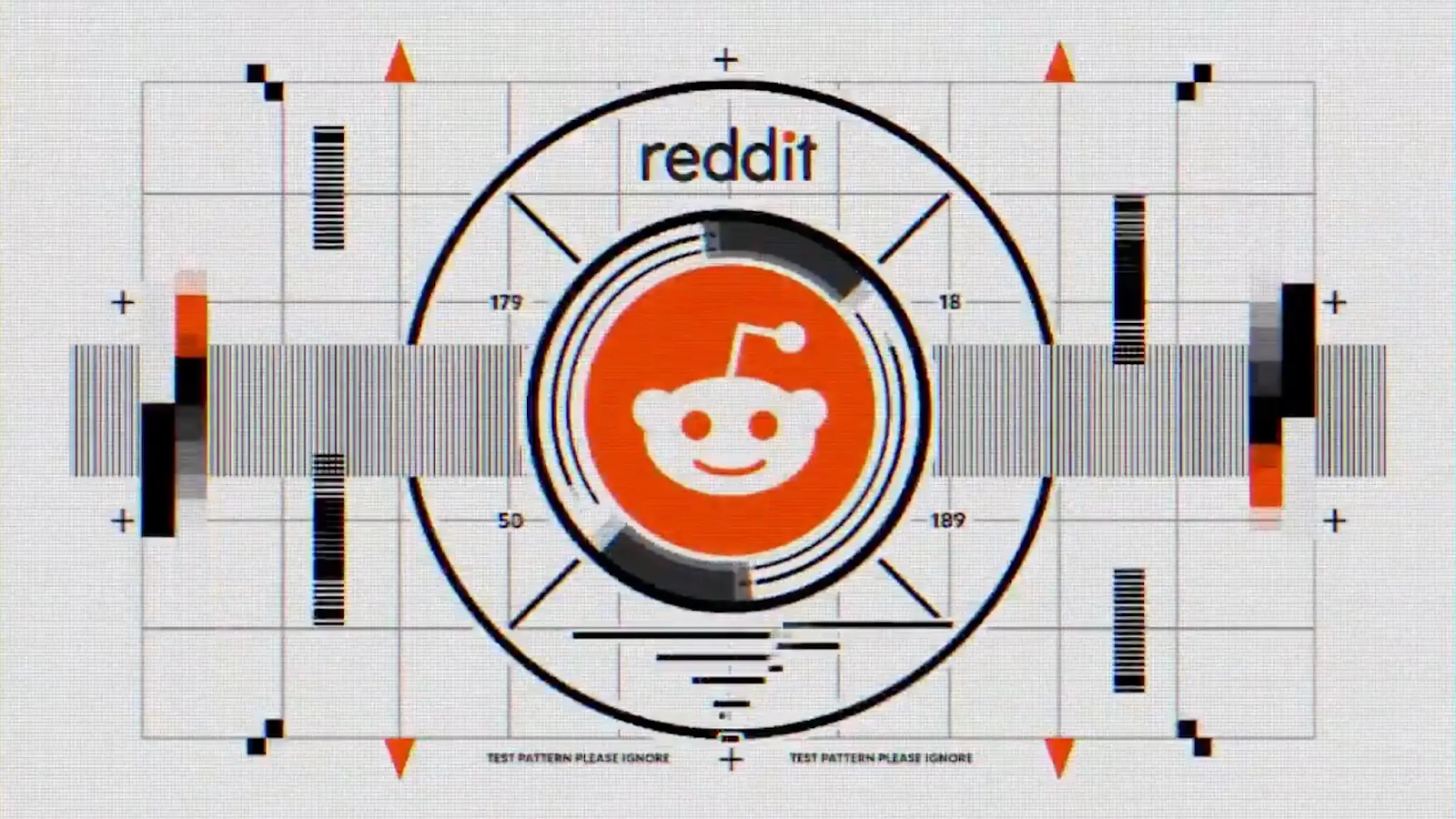 A 30-second ad in the past couple Super Bowl’s has typically cost around $6.5 million. Reddit instead decided to use a blink-and-you’ll-miss-it concept to drive their follower count. During the big game, what seemed to be a car commercial began when suddenly the Reddit logo appeared followed by galloping horses in a field. Yep… weird.

In the days following the Super Bowl ad, the company’s explanation of the ad on social media gathered more than 464,000 views on Twitter! 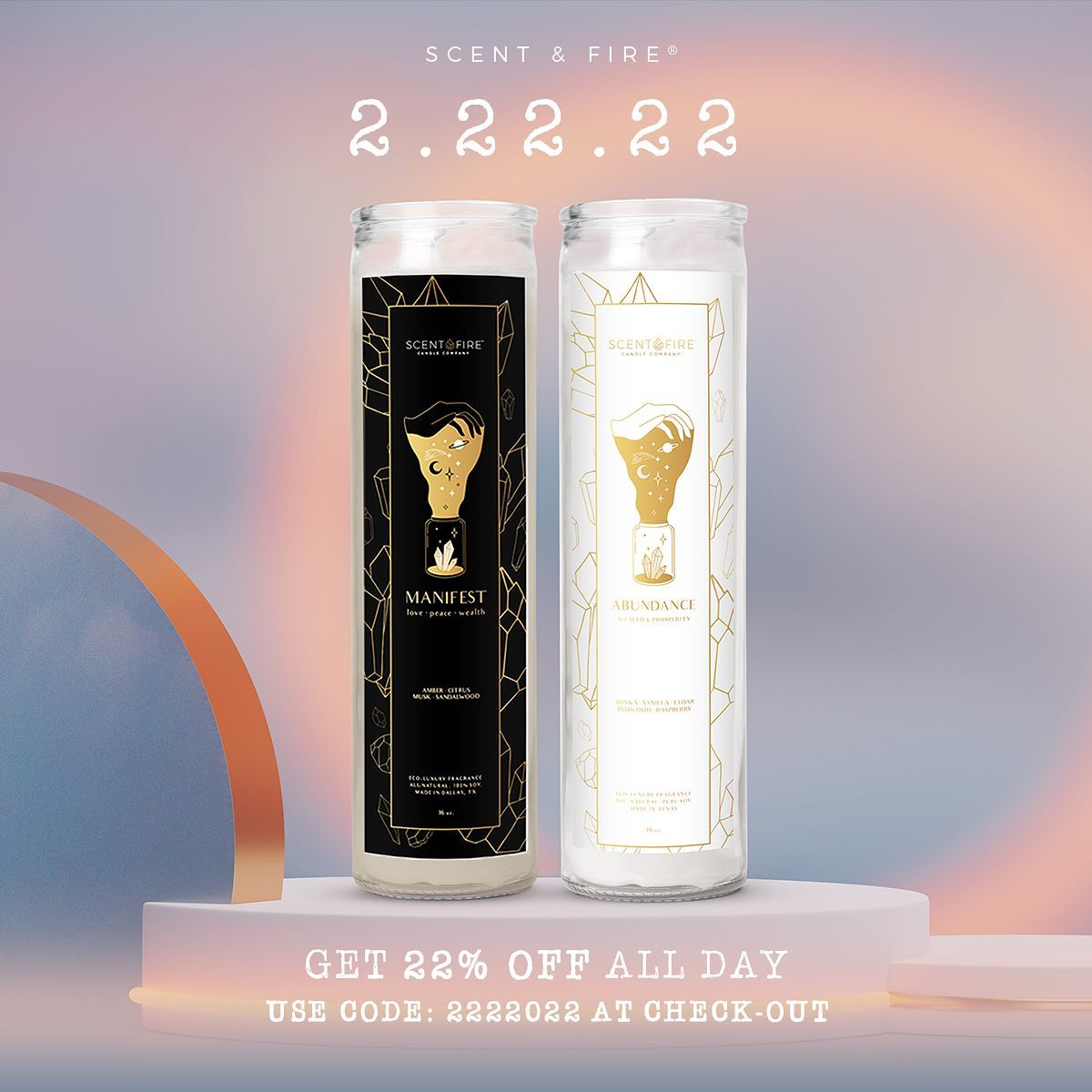 Eco-conscious candle company Scent & Fire showcased on-brand social media marketing with the intent of creating awareness for a 2/2/2022 campaign. In order to reach an audience most likely to care about the significance of this once-in-a-lifetime date, they used the date to promote their Manifestation and Abundance candles. 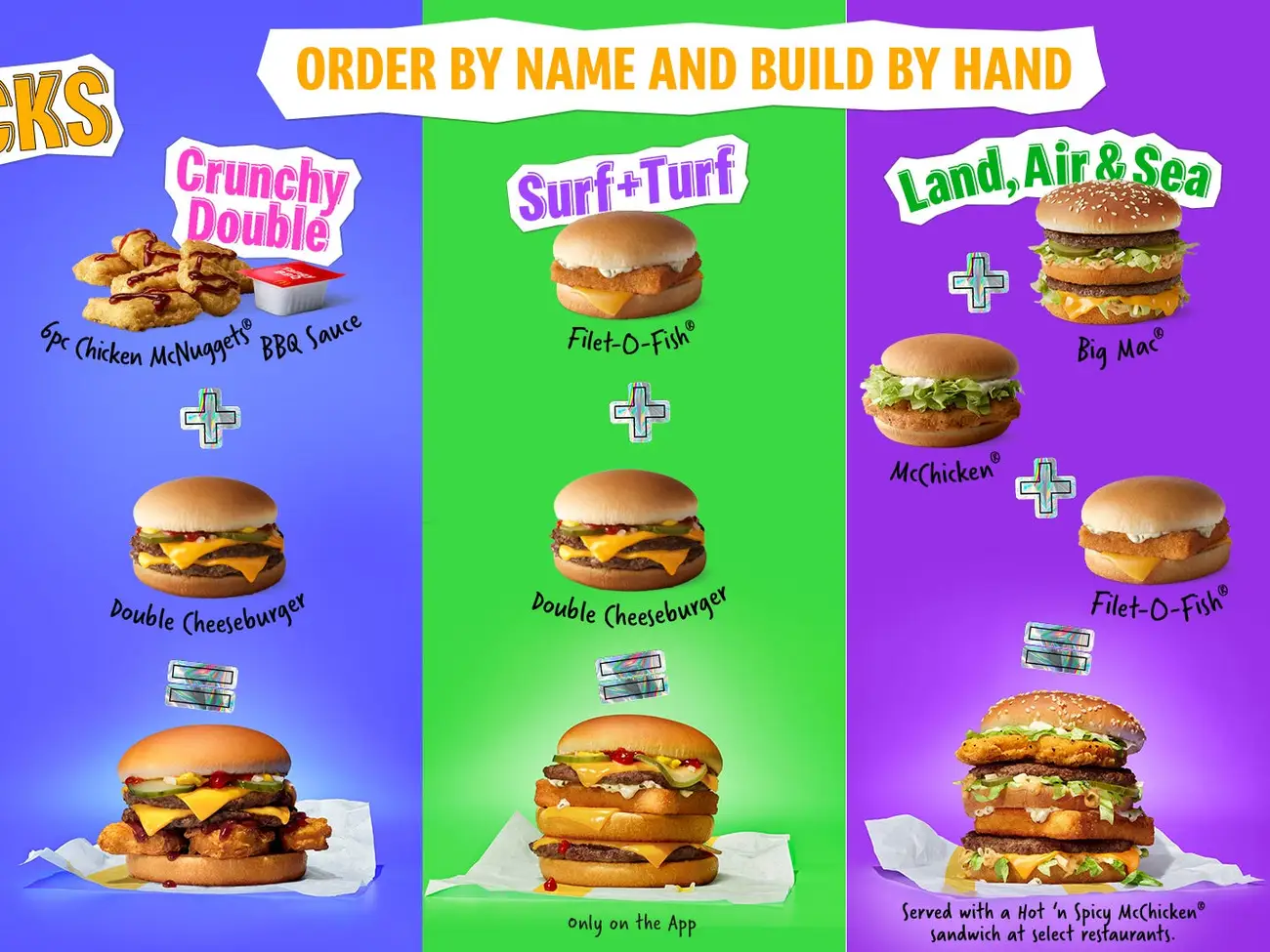 As part of its social media content strategy in 2022, McDonald’s cashed in on the secret menu hack trend. As a result, they created their own set of menu hacks that allowed customers to create a single meal out of two or more favourites.

Using comments from their social media platform, the advertising campaign was created using customer data directly from its most passionate customers!

The Spotify Wrapped social media marketing campaign allows users to click through slides of their favourite songs, artists, podcasts, and more for the year.

Giving a range of options to send your personalised slideshow to others, the campaign earned 60 million shares. It’s the gift that keeps on giving with social media users looking forward to creating their Wrapped slideshow each year.

If you were around in the 80’s and 90’s, you might find it nostalgic thinking back to a tasty bologna sandwich. Oscar Meyer, diving into the world of skincare, decided to make their social media ad campaign unique by nodding to the trend of that specific period where young people would tear out eye and mouth holes in their bologna slices to turn them into masks.

With some nifty graphic design and some carefully curated social posts, it’s one of those social media campaign examples that has us nodding our heads in appreciation.

As a result, Folklor has an effective social media campaign example, preserving and using the idea of treasure hunting!

If you’re wanting to drive website traffic sky high with your next social media campaign, don’t just make a wish then forget about it and stick to another blog post. The pros at FirstPage New Zealand are here to make your social media goals a reality, and help your business run its own campaign that casts a shadow over that of your competition. Get in touch today! Aizaz brings over 9 years of experience in helping businesses grow. His majority of experience comes in the form of digital marketing. Aizaz enjoys speaking businesses to provide the best possible solution to help reach their goals. Aizaz is very passionate towards each business in providing a custom solution for the very best results.

Personalising the Future: How AI Improves Targeting in Digital Marketing The Rise of Artificial Intelligence: How AI is Changing Digital Marketing How can I build a sales-generating marketing funnel?
RETURN TO
LEARNING CENTRE
How to choose the best advertising agency to make your business boom
How can I win potential customers with customer journey mapping on Google?

GET YOUR FREE REVENUE
GROWTH SESSION
How to choose the best advertising agency to make your business boom
RETURN TO
LEARNING CENTRE
How can I win potential customers with customer journey mapping on Google?

Significant negotiation clout with our partners. 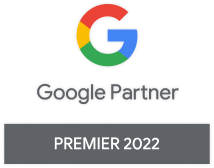